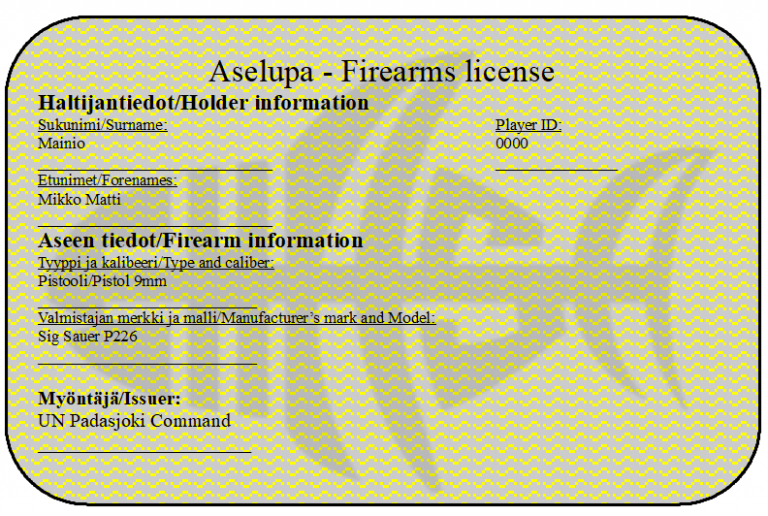 Increased tension in Padasjoki has increased amount of firearms among civilians. According to local population weapons are only for their own safety during these difficult and hostile times. Noticeable is also that number of armed crimes has increased and disorder among population raises as there is no control who has access to weapons. The firearms aren’t used only for self-protect anymore.

The UN officals has decided to increase weapon control in area by confiscating all illegal firearms. Therefor Firearms license will be mandatory to everyone with weapon. If you don’t have license, UN will confiscate the weapon. The authorities hope this will unease unrest among civilian population.

Good-to-Know about Firearms license in game: