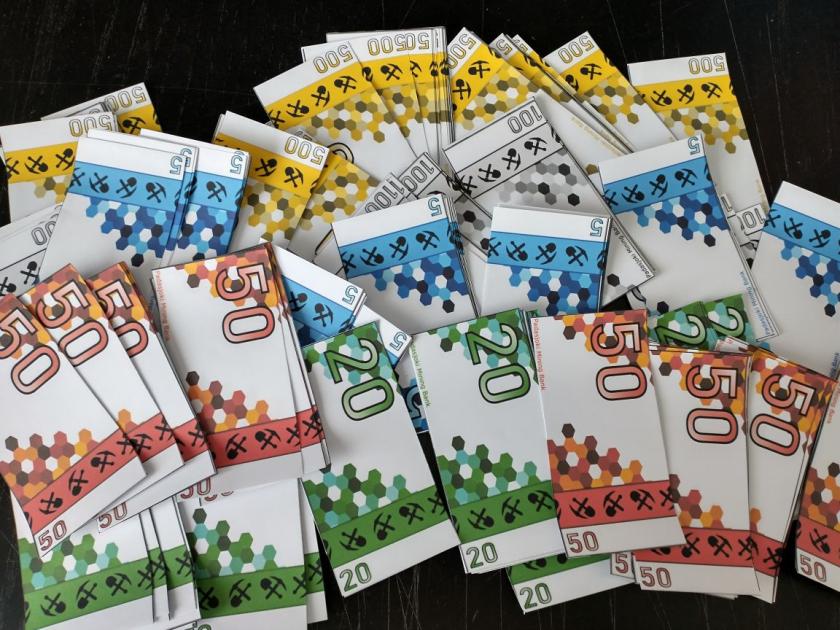 Since two big corporations started to work in Padasjoki, local economy has improve significantly and opened financial possibilities to everyone who is willing to improve their economical standing.
And one of those daring pioneers in economy is new Padasjoki Mining Bank (PMB) which will operate with new currency called Pata Coin (Pc). This is considered to be welcomed competition to Padasjoki Central Bank’s (PCB) euro.
Euro will be still ruling currency in Padasjoki. You can follow value of Pata Coin from HERE.

Most exciting fact about new Pata Coin is the fact you can earn it yourself by “digging it” or buying it.

Pata Coin (Pc) from Padasjoki Mining Bank (PMB). Its value against normal Padasjoki Central Bank (PCB) Euros (€) is determined by markets which follow the events of the game. You can get Pc as exchange money from missions or “dig it” yourself.