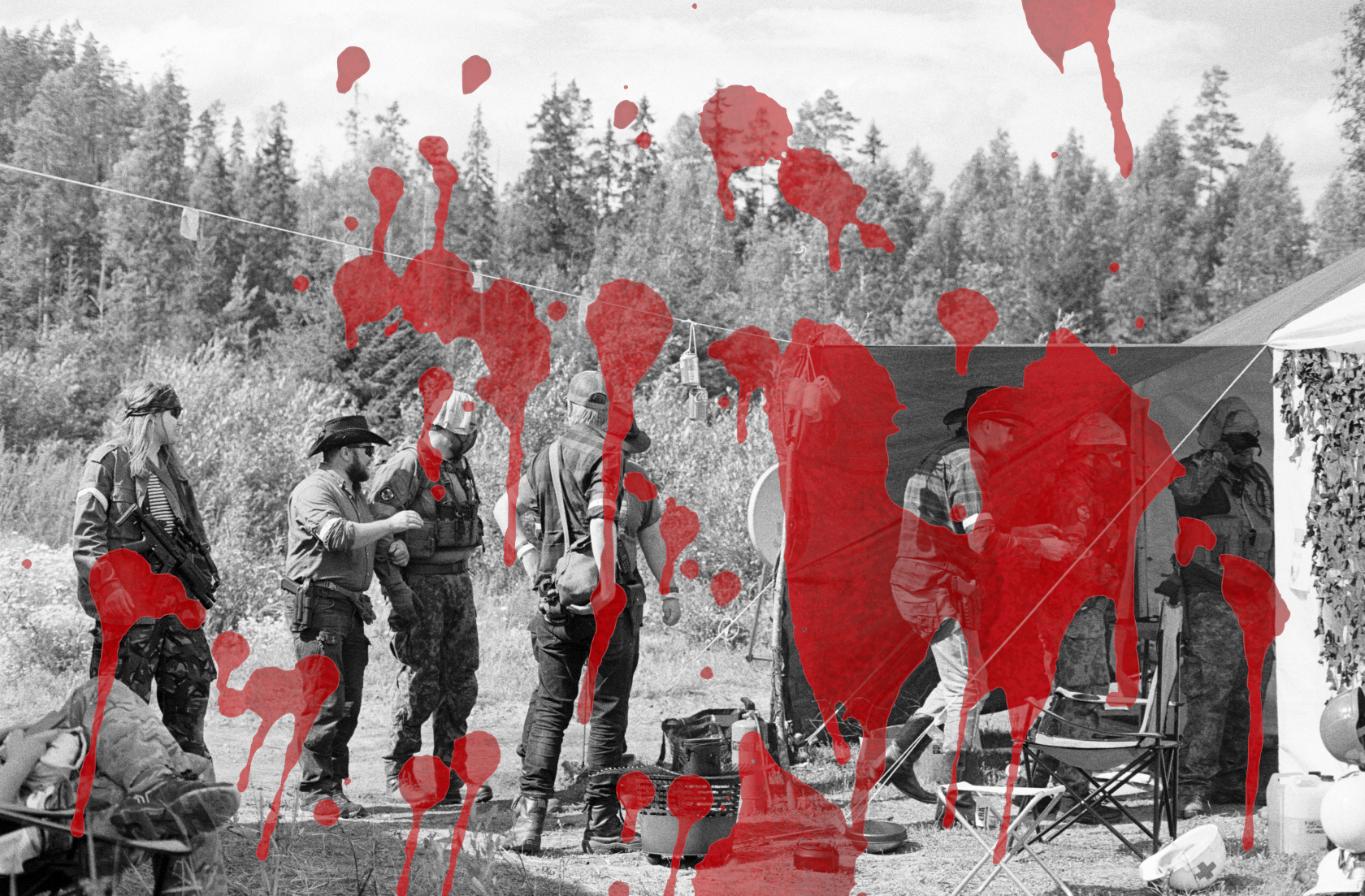 With a heavy heart I must confirm the details of already broken news on the massacre of the TITH Juupavaara expedition crew. Eyewitness accounts confirm that a detachment of the Sewell forces entered the worker camp early on Saturday morning and executed nearly all its residents. The few surviving civilians were told they were now slaves for the Sewell forces, but the executioners soon left before a Polaris patrol arrived on scene. Surviving civilians departed, among them the dubious doctor we reported on earlier.

Although the security chief Tenhunen was found among the dead, the radio van belonging to the security detachment was spotted hastily departing the scene. A TITH inspector who arrived on the same day to check up on the expedition found that much of the resource stockpiles of the camp were missing, along with the carnage. Someone made it out with a hefty if bloodied payday. Independent sources monitoring the conflict confirm on the previous night a call was made from the van to a recipient in Sweden, so there is yet another mystery surrounding this operation.

The true motivation behind the massacre may never come to light, but it is not clear whether it was authorized by the Sewell command or the actions of a rogue detachment. However the events on Friday may shed some light on the mystery. Throughout Friday fierce battles were fought in and around the worker camp with Polaris forces defending the camp from Sewell assaults. Surviving witnesses affirm the Sewell forces were initially careful but eventually became more indiscriminate with their fire and several civilians were wounded.

Late in the evening the fighting culminated in an event on which I have only managed to dig up unclear accounts, but the result was a destroyed Sewell patrol vehicle and a squad shot dead by the expedition members. There have been claims that the Sewell patrol, exploiting the absence of Polaris forces attempted to disarm and enslave the workers and thus provoking a reaction but this has not been confirmed. In any event the massacre seems likely a revenge operation before the general withdrawal of the Sewell forces from Juupavaara. The thoughts and prayers of myself and my collaborators are with the survivors and the families of the victims.

Absent from the mass grave was the body of the deceased expedition leader Olli Niitty, instead this note remains to hint his demise. Take the authenticity of this it as you will, but personally I would rather think this the handwriting of a drunken cowboy than a TITH foreman.

Is this the end of TITH’s attempts prospecting in Juupavaara? That remains to be seen. But whatever happens faithful readers may count upon myself and my collaborators working tirelessly to uncover the truth.