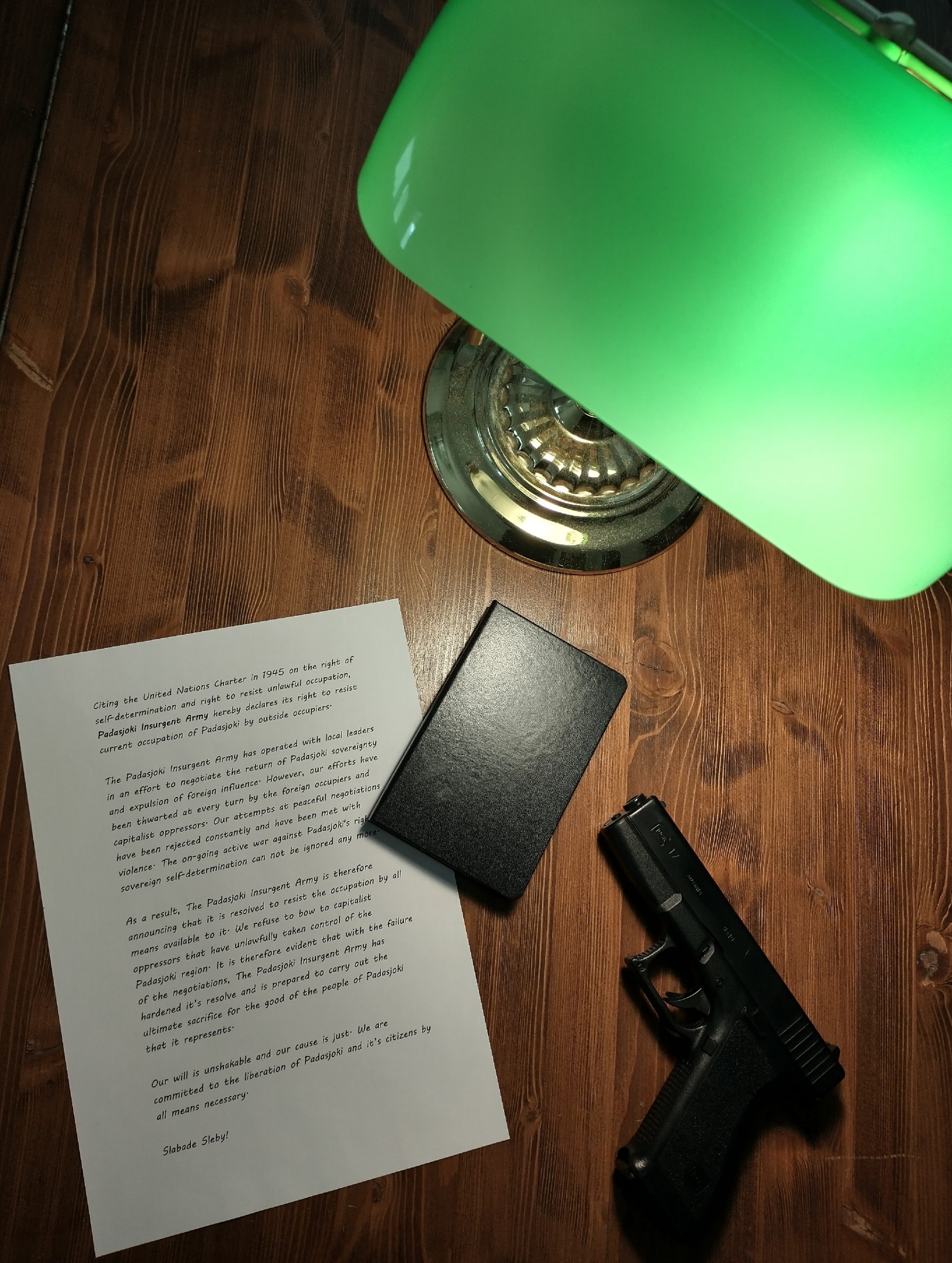 The Padasjoki Insurgent Army has operated with local leaders in an effort to negotiate the return of Padasjoki sovereignty and expulsion of foreign influence. However, our efforts have been thwarted at every turn by the foreign occupiers and capitalist oppressors. Our attempts at peaceful negotiations have been rejected constantly and have been met with violence. The on-going active war against Padasjoki’s right to sovereign self-determination can not be ignored any more.

As a result, The Padasjoki Insurgent Army is therefore announcing that it is resolved to resist the occupation by all means available to it. We refuse to bow to capitalist oppressors that have unlawfully taken control of the Padasjoki region. It is therefore evident that with the failure of the negotiations, The Padasjoki Insurgent Army has hardened it’s resolve and is prepared to carry out the ultimate sacrifice for the good of the people of Padasjoki that it represents.

Our will is unshakable and our cause is just. We are committed to the liberation of Padasjoki and it’s citizens by all means necessary.